Its only your hands and feet, cant be too bad. 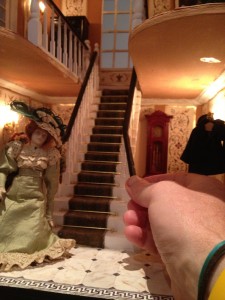 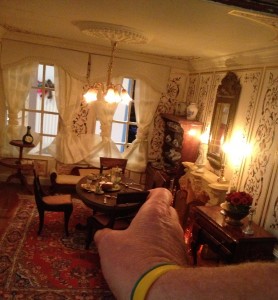 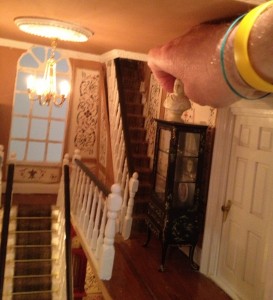 When I tell people I had lost all sensation in my hands and feet after chemotherapy they would often say, that’s not too bad. I suppose if you compare it to losing your eyesight or  losing a limb it doesn’t seem soo bad. But when you’re standing trying to put money in a parking meter with people standing behind you and  keep dropping the money because you cant get it in the slot, it’s a nightmare. The phone rings you know iys in your pocket but you can’t find it because you cant feel it, you cant find your keys. Once I was in a shop trying to pay for something, I knew there was only money in that pocket, I put my hands in  hoping to grab something, and each time they come out empty. I take the lining out and there’s nothing in the pockets, because the money had stuck to the back of my hand, without me feeling anything that had fallen on the floor.

I had managed to work pretty much all through treatment, but if you can’t feel anything there isn’t much you can do as a chiropractor. It’s funny, but I don’t think I fully appreciated the skilled and technique needed to perform a chiropractic adjustment until now and not being able to feel the tension in the joint, or having the speed and control to restore movement to the joint without hurting somebody. I suppose this explains the desire of many chiropractors to start prescribing and using electrotherapy, they never developed the manual skills needed to be a successful chiropractor .

I had some interesting banter with “Skeptics” on Twitter. They dont believe in chiropractic and have no understanding of the role of the spine and nervous system play in health and well being, its hard to believe, but I have had some of these people wishing me a painfull and horrible death, thats for another post. They believe the subluxations we correct in the spine are figments of our imaginations. So on loosing sensation in my hands, I informed  them how for a moment I thought they were right, as I could longer feel subluxations in a spine. Perhaps I had been imagining them after all, fortunately I tweeted to them, a neurologist explained to me me that this was a side effect of chemotherapy and the small nerve fibers in my hands and feet had been damaged. They hoped it would come back in time (years) but there was no medical treatment for this condition, just waiting.

At times like this it’s great to be a chiropractor because the people you see have all been to medical doctors and heard something similar. When people have tried all the traditional  interventions, the chiropractor seeking a solution has to think outside the box. Essentially chiropractic is about restoring joint function and in doing so removing interference from nerves and allowing the body to heal itself. The debate would be around how much nerve interference does joint dysfunction cause, medics would say little, we would say enough to slow down the healing and adaptation.

For all parts of the human body to function optimally they need to be used and when you don’t use them they deteriorate. My problem like many others was I couldn’t use my hands from much and to spend hours doing finger exercises would be mind numbing. 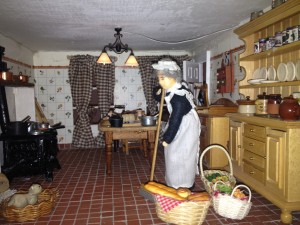 When my mother was sick in the 80s she started collecting miniature furniture for a dolls house. She had so much of this by 88 as she approached the end of her life, I made this amazing Georgian house which gave her so much pleasure before she died in 1990. Mammy wanted me to look after the Dolls House after she died, however it was only in recent years, as my girls started to get older that I decided to bring the Dolls House over to the UK in 2007. As there is so much available to buy on the internet, the girls and I thought it would be fun to restore the house, but like many things I started with great enthusiasm but lost interest after a few months.  Now in June 2012 restoring the dolls house had a real purpose to it and would take hours and hours of work, its not that different from doing a real house, it has to be rewired, new doors, carpets, wallpaper and Parquet flooring in the study. However the objects are so small and delicate it would be great training for my hands and fingers. Mind you it took time and hous of fustration as I tried to thread a needle or wire a miniature plug. At one point our kind neighbor Penny Greatorex  who has been so helpful with the kids when I was struggling sent over her 14year old son Christopher to get me through a difficult phase of the renovation, when I also discovered I needed reading glasses. Apparently I have done well to get to 55 without needing glasses, but chemo has made reading small print difficult and I bought a pair for £400 at Spec savers ones that could darken in the sunlight. No one told me you could not walk around in “Oakley” reading glasses in sunshine as everything looks blurred, they are only for reading. I now know you can buy a pair of reading glasses for £10, such is life and those glasses are my worst impulse buy of all time. Nevertheless  by the time I had finished the Dolls house in December 2012, I probably had 80% of the feeling packing my fingers, I was working again and playing tennis and golf. 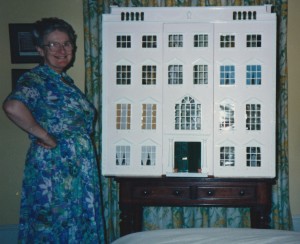 Working on the House was also a very emotional experience as there were so many reminders of my mother love for the project, for example when I replaced the carpets it was strange to see where she had written on the floor is what each room should be and how it should be laid out. She had been the last person to touch that “floor” space, I felt very close to her as I worked on the house and would feel her spirit and strength in August 2012 when I would have the CT scan twelve months after my surgery to remove the tumour  see if there were any signs of the cancer remaining in my body and somehow I did not feel worried. 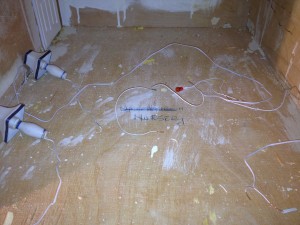 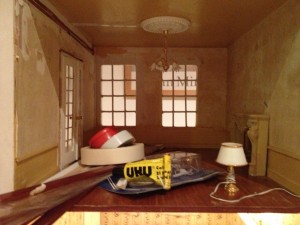