“What do doctors say to ‘alternative therapists’ when a patient dies? Nothing.

You have to love this outrage when someone decided to shun the medical cartel for cancer treatment! I went with conventional treatment in 2011, was told I was lucky it had been picked up early and “survival rates” with orthodox treatment were 80%. Pretty good odds I thought what I did not realize and it was never explained, “Survival” does not mean “cure” it means with orthodox treatment you have an 80% chance of being alive in 5 years, you may be riddled with cancer and die a day after the five years but you will be included in the statistics as a “cancer survivor”. In August 2012 I was given the all clear, 12 months later I was told I was terminal.Then last August they could not find the cancer on the scan?? The only person so far who has not been wrong with their predictions was the fortune teller who told me last year I would live to 85. Truth is no one knows for certain how cancer is going to develop or how its going to affect people mentally. The orthodox methods of “burn, slash and poison” is a very 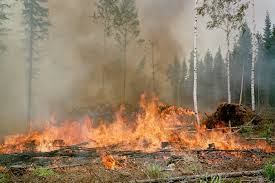 blunt instrument, when you consider chemo only improves the odds by something like 13%, and can have terrible side effects, in my case causing a peripheral neuropathy in hands and feet and did not stop the cancer spreading. No one promised me a miracle, the consultants at the Royal Marsden offered me “hope” which is all anybody can offer with cancer care. However to suggest that “Orthodox Medicine” should have exclusive rights on cancer care, is arrogant and shows a complete lack of understanding as to the reasons why 90% of patients of clinical trials are also having alternative therapies or chose not to have medical treatment at all for cancer. 40 years ago one in 10 people got cancer and now we are told in a few years its going to be 1 in 2 people will get cancer. We live longer, yes and early diagnosis has contributed to the increase, then how many people lived years unaware they had cancer. Considering all the money that has been spent on cancer research since the 60s, 50% of people getting cancer is hardly a success story and this approach is not sustainable with an aging population within the NHS. Cancer is part of the aging process, perhaps its how human cells adapt to their environment as they evolve. The solution to cancer has to be in changing lifestyles and putting peoples health before profits not the crude slash, burn, poison method favored by the medical profession. As readers of this blog will know I am self medicating with cannabis oil, anecdotal evidence suggests it may slow down the resurgence of the cancer again I am not expecting miracles I live in hope, but how would we ever know it works if oncologists like this will not even consider the possibility and scan patients to see if other therapies have a effect on cancer development??