Sometimes all that gives the terminally ill a reason for living, is a little ray of hope 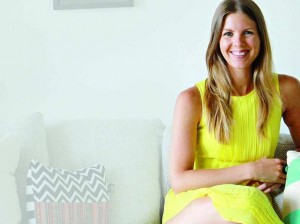 For the second day in a row the Guardian is going with this negative story of people seeking alternatives to help them live better with cancer. Again they sully the memory of Jesica Ainscough who died a few days ago having lived well with cancer for seven years and when doctors told her there was no more that could be done for her she focused on the Gerson diet. So the rightous hacks seek Edzard Ernsts opinion and none of them know anything about Jesica or have spoken to her oncologists When you are told you are terminal and have limited time left, it is devastating, all you want is a little ray of hope and it does not matter where it comes from, whether it is the fortune teller who told me I will live to be 85 or the cannabis oil I am taking now. I dont believe there is a cure for cancer, you may go into remission for a number of years but its going to come back because that how human cells adapt to their environment and evolve. I can see the reports of my death all the skeptics and scientists celebrating what an idiot I was because, I took cannabis oil or fasted, because I did not want to have chemo or some awful drug because it might give me a few more months of shite life, when I have had 57 years of wonderful life and never feared death. They told me there was no cure in August 2012, yet have managed to make the remainder of my life of high quality doing my own thing (which has included orthodox medical methods). However some people are not able to handle the fact that some people dont conform to the establishment view and behave like sheep